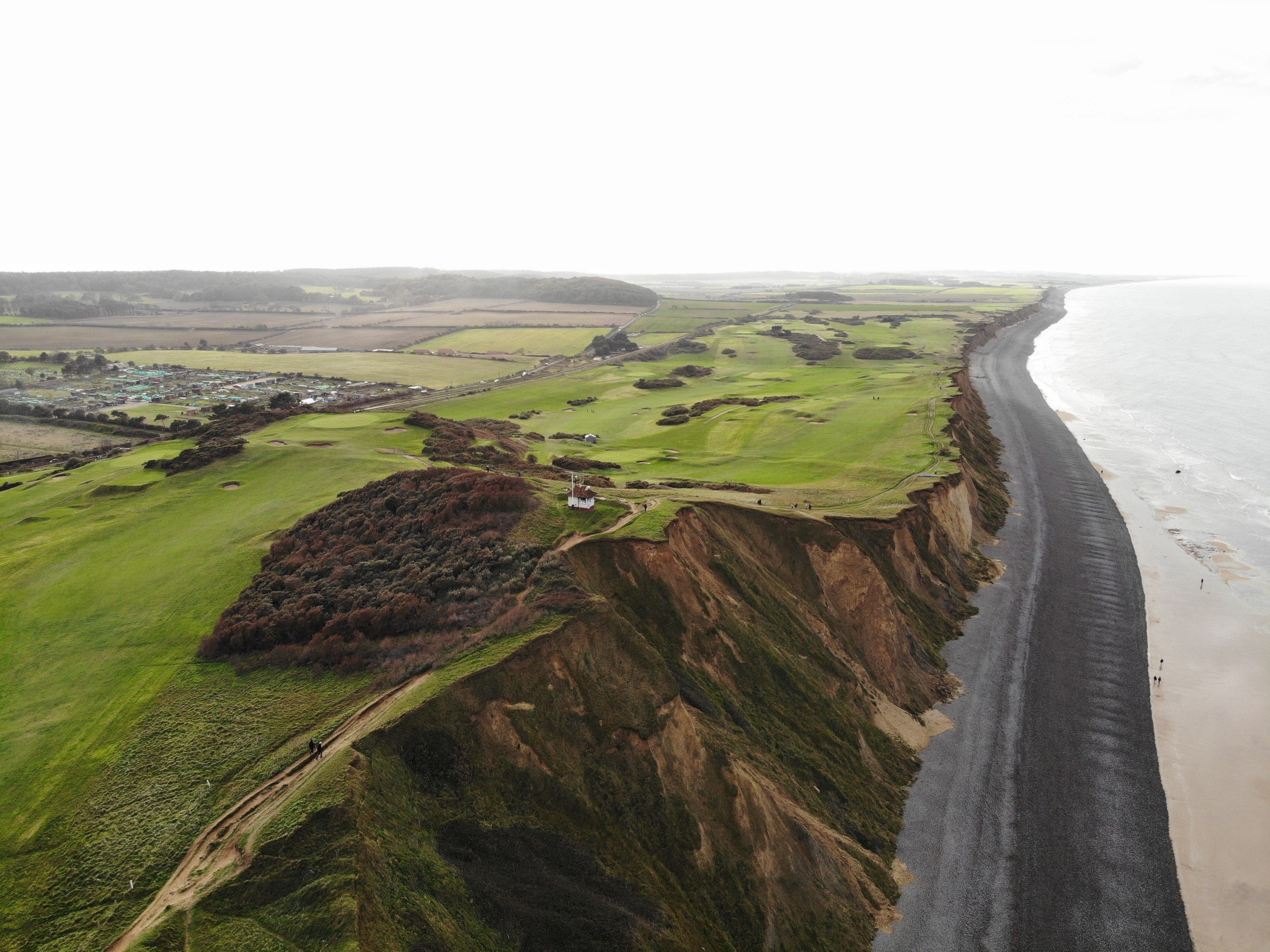 The North Norfolk coast has an older average population with 25-30% of people over 65, with retirees making around 18.3% of the population. It is a nostalgic area of natural beauty, with unspoilt countryside and Victorian properties calling to the heyday of the British coastal holiday. A ‘safe haven’ on the coast that’s well connected to Norwich City and the rest of Norfolk, this seaside town has great potential as a resort town retirement centre.

As part of the famous ‘Champagne Coast’ Sheringham attracts tourists from all over the world. There are 7 different hotels, 2 caravan holiday parks, 23 B+Bs and 12 self catering apartments in the town itself, and many more in neighbouring towns like the equally affluent Cromer, which is only 15 minutes by bus.

While the beach is the star attraction, there are also an abundance of charming boutiques, galleries, cafes, and restaurants which all add to the beauty of the town.

Another draw to Sheringham is its proximity to Norwich, connected by regular bus and train services. Norwich is a growing city which is well regarded with locals and tourists alike for its amenities such as shops, restaurants, theatres, jobs and businesses. Norwich provides employment opportunities for people across Norfolk, house globally recognised businesses such as Marsh and Aviva, as well as the renowned University of East Anglia and Research Park.

Within Sheringham only 2.5% of the population is unemployed, with a larger than average percentage of self employed workers. The main employment sectors are tourism, fishing, retail and care. There are currently 17 residential care homes in Sheringham.

House prices in North Norfolk are set to increase by 3% this year, driven by the increase in population due to the demand of living in such a beautiful part of the UK.

Dubbed ‘Britain’s Great Barrier Reef’ the Great Chalk Reef, created when dinosaurs ruled the earth, has been found to be the longest in the world – and it’s so close to the shore off Sheringham you could skim a stone out to it.

At over 20 miles long, the 100-million-year-old reef is one-and-a-half times longer than the Thanet Coast chalk reef in Kent, the former record holder.

Discovered less than ten years ago, the reef is just 25ft under the sea’s surface and has now been made a Marine Conservation Zone (MCZ) by the Department for Environment Food and Rural Affairs. 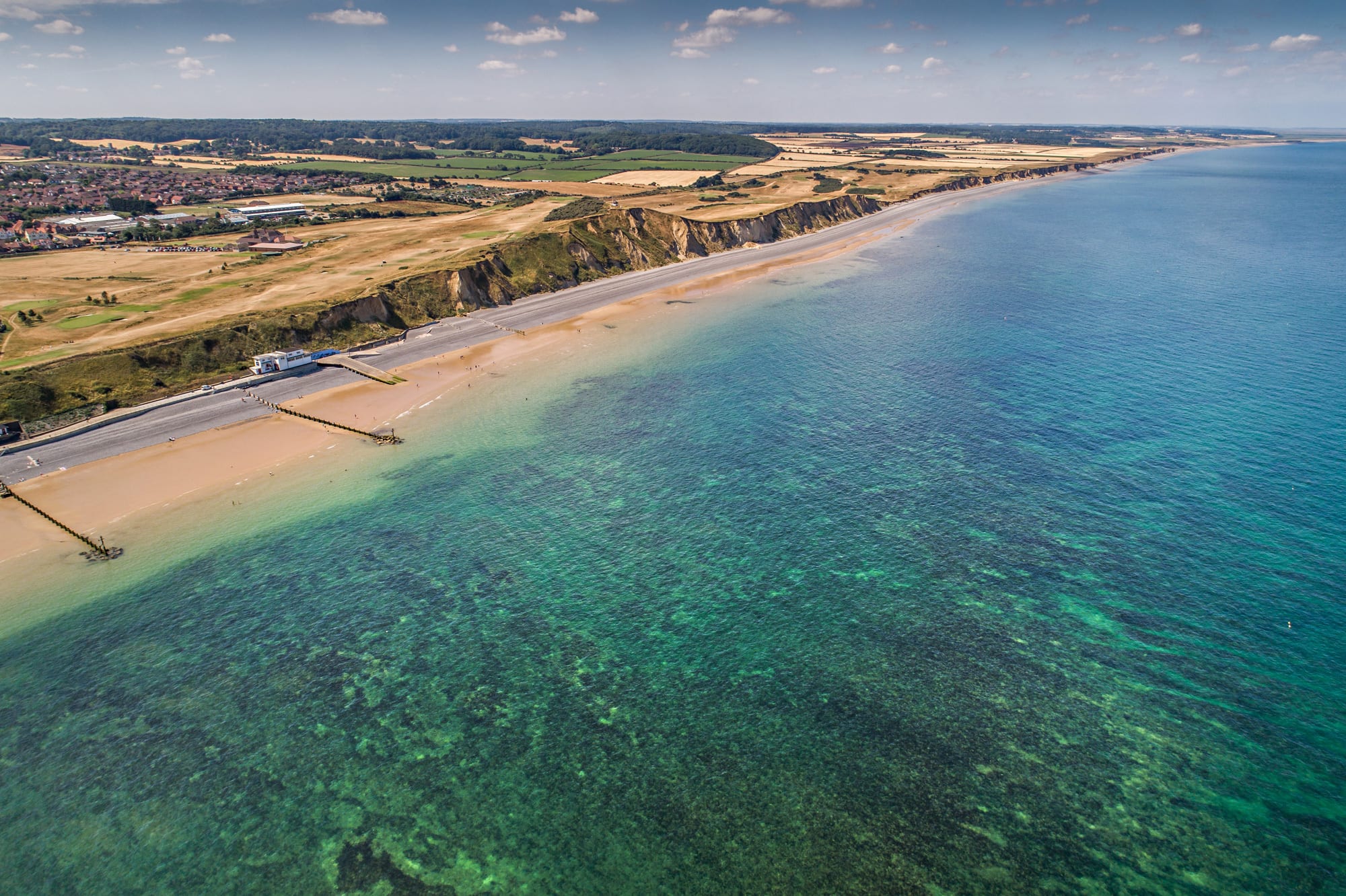 Sheringham is directly in the middle of the North Norfolk coast. With good transport links to Cromer, Holt and Norwich

A better way to send money.

Sheringham is a 41 minute drive to Norwich International Airport. Passengers could also take an hour long train and then transfer to the airport from a variety of buses, including the no 5, 8 and 14. The airport offers direct flights to destinations such as Aberdeen, Alicante, Manchester and Edinburgh. It also offers connecting flights to a variety of long haul destinations.

Greater Anglia rail connects Sheringham to Norwich in an hour, and to Cromer in only 10 minutes. While there is no railway in Holt, passengers can take a 15 minute bus from the railway approach. From Norwich, passengers can connect ot central London in 1 hour 50 minutes. Oxford is approximately 71 minutes and Cambridge between approximately 1 hour 20 and 1 hour 40 minutes.

Sheringham is connected to the A148 which goes through Norwich to Fakenham. There are also a variety of car hire companies available, taxi services and public transport. The are various busses towards Norwich city that take an hour or so.

Please fill out the form with your contact details and one of the team will get back to you.